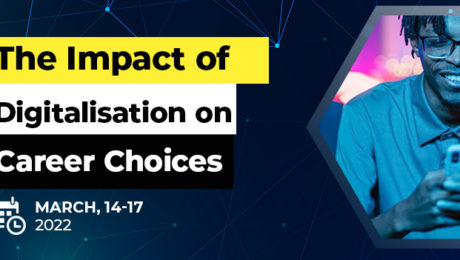 BCW2022 took place during March 14 – 17 and positioned itself as a university-wide annual event. BCW stands for Business and Career Week and is a period of four days where key individuals in various professions are invited to sensitise and engage students on contemporary issues in the workplace and expected future trends in the world of work. This year the School of Business and Entrepreneurship was pleased to partner with its sister schools within the university to provide an interdisciplinary, value-packed, phenomenal week for students and all attendees.

The Impact of Digitalisation on Career Choices was the theme of BCW2022. We were pleased to be addressed by Senator, Dr. the Honourable Nyan Gadsby-Dolly during our opening ceremony and were happy to be engaged by over 30 presenters, both local and international across the week. All presenters were professionals in their discipline and provided students with information to increase their anticipation and preparation for a bright future.

Over 1000 attendees benefited from the virtual sessions and feedback gathered indicates that the week was well received and dubbed a success! A link to recorded presentations can be accessed here: https://usc.edu.tt/bcw2022/

The School of Business and Entrepreneurship thanks its sister schools, presenters, and all attendees for participating in BCW2022! 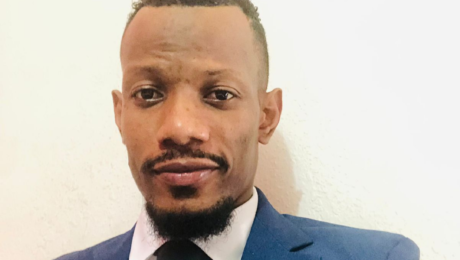 The University of the Southern Caribbean was represented with excellence at the UWI Conference on the Economy (COTE) Youth 2021 Virtual Armchair Discussion. Held on Thursday, October 14, 2021, the discussion was centered on the theme, “Accelerating Caribbean Development: A Youth-Centric Development Approach”.

Mr. Gershom Byng, a final year BBA Management student, presented on the sub-topic, “Entrepreneurship and Business Enterprise”. Mr. Byng emphasized the urgent need to diversify the economy with a priority on entrepreneurship due to the government being the largest single employer.

Mr. Byng explained that the oil and gas sector now faces a decline after years of, almost single-handedly, carrying the country’s economic load – investment in and amplification of the private sector will lead to increased employment and national productivity.

Mr. Byng credits his co-curricular participation for the development of his time-management skills. Despite carrying a full class load, and full-time entrepreneurship and employment, Mr. Byng prioritized preparation for the Virtual Armchair Discussion, thus enabling him to ably respond to off-topic questions on the German Economy.

Mr. Byng will join fellow students from USC’s School of Business & Entrepreneurship (SOBE) on Thursday, October 21, 2021 as they represent USC, and go for the gold, at the COTE 2021 Virtual Debate Competition.

The SOBE seeks to engage our students in co-curricular activities to assist them in the development of critical skills that will set them apart from others. Special thanks to Mr. Duane Winchester, Adjunct Economics Lecturer, who assisted Mr. Byng in the preparation of his presentation. 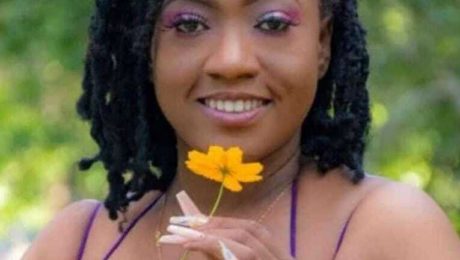 Velvet Benicourt enrolled as a student at the University of the Southern Caribbean, School of Business and Entrepreneurship (SOBE) in September 2018 with an aim to complete her economics degree under four years. She almost did it!

Along with regular semesters, Velvet also enrolled in summer classes in order to accelerate her progress. She was diligent and maintained a minimum, cumulative GPA of 3.70 throughout her studies. Brilliant and determined would characterise her efforts as she pursued her studies, taking pride in her performance. Her lecturers identified her intellectual abilities and encouraged her to take part in various co-curricular activities.

Twice she represented USC as a researcher and member of the SOBE debate team, and on one occasion led the Team to victory!  Velvet was a ‘working student’ who had to face the challenge of balancing work-life demands on a daily basis. She admitted experiencing some health challenges in 2020 and was cautioned by several of her lecturers to slow down her pace of studies in order to manage her overall wellness.

She was poised to graduate with honours and wanted to achieve such a milestone by July 2021.  Alas, as her health challenges proved complicated she had to pause attending classes in May 2021.

We extend our deepest condolences to her family. She will be missed for her dedication and determination and will always be remembered for her pursuit of excellence.

Velvet Benicourt impressed me to be a gentle, hardworking, determined and intelligent soul.  While I never had the privilege of having her in any of my classes, I had several brief interactions with her, mainly during challenging times in her life.  I was concerned at times that she was pushing herself at school too much but she assured me that she loved school and that assignments comforted her and took her mind off of other things.  The only time I had a physical interaction with her was last year when we were desperately in need of a third person for the COTE debate.  I asked her if she was capable and willing and she graciously accepted even though we asked her at the very last moment.  She stepped right in and was of great support to her team members. We don’t always understand why death takes someone so early with such ambition and a bright future.  However, we trust that God knows what is best for her and I am grateful for the brief moment on earth I got to spend with Velvet Benicourt.

‘International Economics’ would not be the same without Velvet. Always smiling, always willing, always volunteering. What an indomitable spirit, and an ‘A’-Class student in all her Economics Courses! We all would surely miss Velvet, her keen mind displayed in her debating team in 2020. What a treasure! In fact, we can’t really believe that she is gone. It seems surreal. As her Economics Professor and her Debating Coach in 2020, I would particularly miss her brilliance and her infectious enthusiasm that generated confidence among her class members. Velvet was certainly destined for greatness, but God in His wisdom saw it fit to take her to rest, even at such a young age. So, we look forward even more to that ‘great getting up morning’ when Velvet with all the saints of God shall be gathered home. I guess that’s when we’ll understand it … by and by. So, sleep on my dear student, for it won’t be long. We will see you ‘in the morning’. I join with all my colleagues and administrators in offering a special prayer of comfort for Ms. Benicourt (Velvet’s mother), and indeed for all her other family members. Remember that, ‘weeping may endure for a night, but joy will certainly come in the morning’. Psalm 30:5

I met Velvet when she took an online marketing class with me. Her name really stood out as I never came across such. Her forum responses were always very thought out and she always asked questions to stimulate discussions. After that class she came into my office early in January 2020 and as she indicated who she was, I quickly replied…oh you are Velvet. She replied yes with a smile and we continued our discussions.  On two other occasions, I was called in, to deal with some school matters for her and our communication increased thereafter”. I remember it all as if it were just yesterday. My prayer is that at this time, her mother may find the comfort that she needs to weather this storm.

What is wrong with this girl? Those were my honest thoughts after my first conversation with Velvet. Coming to class late and looking disinterested wasn’t enough. She had come to my office an hour or so before class to inform me that she was tired and not in the mood to wait around for my class. She said something along the lines of me being boring and she couldn’t handle that today. I tried to stay polite, wished her the best and allowed her to leave. Needless to say, I was shocked and somewhat angry at her audacity. Our interactions remained tense throughout the rest of the semester.

She would often look at me with disgust and I was certain she hated me (I had no idea why). I honestly wished for the end of the semester when I would no longer have to deal with her. As it turned out, Velvet was an economics major and as such we would go on to share many classes together. Sometime later she informed me that she was not enjoying economics and was thinking about changing her major. Yes! I thought to myself but I obviously couldn’t express that to her. Instead, I told her that she should probably give it some more time and not make a rush decision. To my amazement and slight disappointment, she decided to take my advice. In the next academic year, I ended up having Velvet in every one of my classes. I would literally see her every single working day. Velvet was by no means a bad student. In fact, she did very well in all of my classes, usually topping the class. However, for whatever reason, she didn’t seem to enjoy my classes and therefore appeared unmotivated. Who could blame her I thought to myself, I don’t like listening to myself either.

UWI’s Conference on the Economy (COTE) was approaching and as usual they invited USC to participate in their debate competition. As an excellent student I invited Velvet to be a part of USC’s team. She was very reluctant but eventually gave in under the condition that she would only function as the researcher and therefore won’t have to speak at the debate. I agreed. Over the next couple of days, myself and the team spent a lot of time going over talking points and building a coherent argument. To my surprise, at one of those sessions Velvet confessed that she was beginning to really enjoy economics. That year we won the debate competition. There was a significant change in Velvet’s disposition. This change was somewhat apparent even before the debate. She seemed to enjoy the smaller classes as given the low enrolment of economics majors, we typically had around 5 students in each higher level economics class. Given the size of the class, we would often spend time talking as a class about current issues facing the country, region etc. At one of these relaxed sessions, Velvet told me that I was her favourite teacher. I was flabbergasted, befuddled even. I wondered at what stage I moved from being a horrible teacher to a fairly decent one. She quipped that I was always a good explainer just somewhat monotone and boring.

Velvet went on to obtain A’s in every single course she did with me, nine in total. She had an inquisitive and brilliant mind. She was quiet and difficult to read if you didn’t know her well but once she was comfortable, she was talkative, kind-hearted, jovial and even boisterous. It wasn’t uncommon to enter the classroom and see Velvet and her partner in crime Blossom, laughing uncontrollably at something they were watching on their phones.

Velvet would go out of her way to help her classmates. She would visit my office just to talk. We became good friends. She confessed that she really didn’t want to be in school but that she had promised her grandmother to get her degree and intended to keep her promise. That’s who she was, a person of her word. I knew she had health challenges but never realized how serious they were. We were blessed to have her at USC. She was a blessing to the lecturers and students in the economics program. I’m sure she was also a blessing to her family and co-workers. She deserved a long, happy and prosperous life. Though she’s gone, I look forward to her getting what she deserves at the end of time. Death is not the end. May this hope comfort her close friends and family members and motivate us to live honestly, and unselfishly as she did.