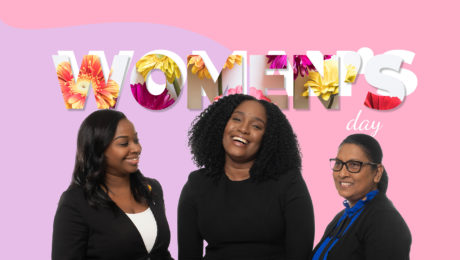 Today, March 8, is International Women’s Day (IWD). The administration, faculty and staff of the University of the Southern Caribbean wholeheartedly embrace this opportunity to celebrate the being and contributions of our women-folk to our families, workplaces, schools, churches, villages, nations, and the innumerable other physical and relational spaces where humans practice community.

The accepted origins of the celebration of IWD goes back to 1909 when at the suggestion of the Ukrainian-American labour-activist, writer and suffragette Theresa Serber Malkiel the Socialist Party of America – yes socialist and yes United States of America – observed what they called a “National Woman’s Day on the last day of the month of February that year, a Sunday. New York City was the epicenter of that antecedent observance. It was an election year, and as pervasive and bi-partisan as ‘progressivism’ had become to mainstream American politics, women’s rights, worker’s rights and that of minorities remained subordinate to affluent white patriarchy, leaving many in the US undone, disappointed and disenfranchised.

The historically busy Atlantic Ocean would transplant the idea to the European continent and on March 19, 1911 International Women’s Day – so named – was observed for the first time by more than a million people in several European countries. Like in the USA – where there continued for quite some time to be the celebration of National Women’s Day on the last Sunday in February – in Europe, too, the focus of the observances centered around protests against the political disenfranchisement of adult women, gender discrimination in the workplace and the inequality of opportunities to prosper.

Unsurprisingly, with the triumph of the Bolshevik Revolution in Russia in 1917, IWD was accorded the status of a public holiday in that country. This pattern would accompany the national adoption of socialist-communist ideology in various other countries in Eurasia as the Soviets expanded their sphere of influence.

In the late 1960s and into the 1970s and 1980s with the rise of what is sometimes referred to as the second wave of feminism, when equal pay, the push back against violence against women, maternity benefits, sexual and reproductive rights and other such contemporary rights-issues for women and girls were being intellectually developed into their existing form, IWD was wrested from the social communist world and globalized. It was during this period that it was belatedly adopted by the United Nations in 1975.
For us in the Caribbean, grappling as we still are with emancipation and postcoloniality, living with our hard-wired histories that include conquest, enslavement, indentureship and the ruthless exploitations of our land and our labour by foreign capital interests, our appreciation of IWD must not be permitted to come from the artificial place of an adopted narrative of a comparatively recent exposure to abuses and troubles. It seems that our people, our women are, and will be, because they never surrendered and habitually and courageously “#choose to challenge”. 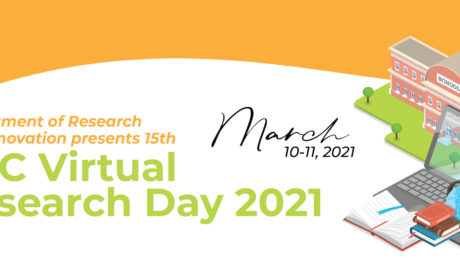 Under the auspices of USC’s Charter Week 2021 which commemorates fifteen years of University Status, the Department of Research and Innovation presents its 15th Annual Research Day. For the first time, USC’s Research Day will be hosted virtually under the theme: Education in Transition: Moving Beyond a Pandemic Response.

Given the COVID-19 pandemic, the educational landscape has dramatically transitioned from the traditional face to face teaching and learning experiences to remote mode on a digital platform.

On March 10 & 11, 2021 presenters from Africa, Asia, the USA, South America and the Caribbean will participate in auspicious event inaugurated by The Honourable Minister Dr. Nyan Gadsy-Dolly, Minister of Education, Republic of Trinidad and Tobago.

USC’s 15th Annual Research Day will conclude with a lively Round Table Discussion facilitated by Sen. Paul Richards, Independent Senator in the Parliament, Republic of Trinidad and Tobago. Panelists from various Adventist Universities will focus on theme: Moving Beyond a Pandemic Response. Panelists will highlight their success stories and effective strategies undertaken during the pandemic.

As a pre-cursor, USC’s 5th Annual Public Lecture Series will see a feature presentation by Dr. Leslie N. Pollard, President of the Oakwood University. Dr. Pollard’s presentation will also reflect on the theme: Education in Transition: Moving Beyond a Pandemic Response.

For more information and to view a full schedule of activity: https://usc.edu.tt/researchday/