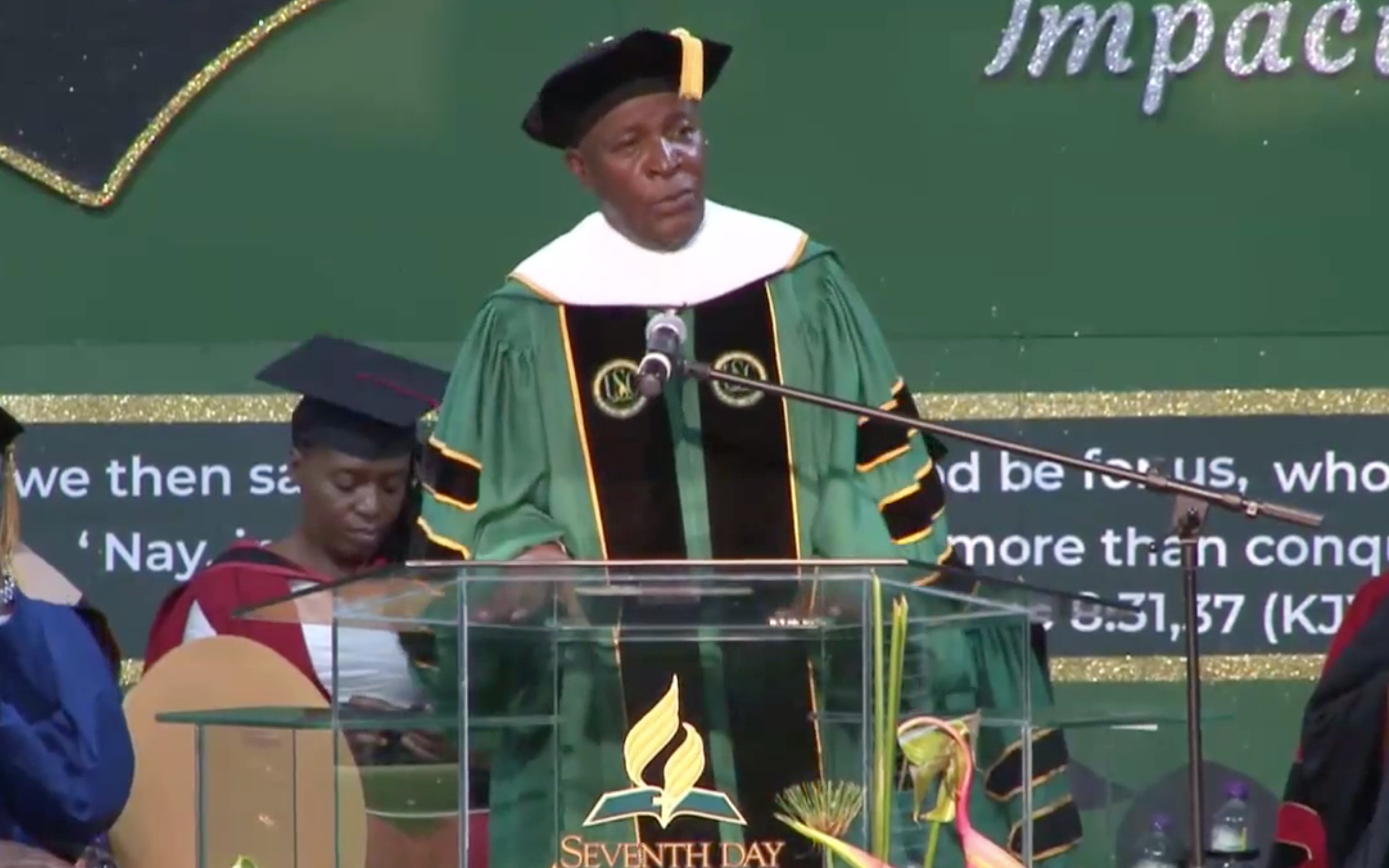 Thursday, 07 October 2021 / Published in Alumni, News, Office of the President

On September 25th 2021, the Church History Suite at the Seventh-day Adventist Theological Seminary (SATS) at Andrews University (AU) was named after the very influential, retired professor and pastor, Dr. Walter Baxter Theophilus Douglas. Positioned in a conspicuous place of honour on the upper floor of the building, is an artist’s portrait of the man who in 1972, became the first person of colour to join the teaching faculty of the SATS at AU. Dr. Douglas served with distinction as a scholar and member of teaching faculty at the ATS and in several other roles at AU for thirty-five years.

Walter Douglas – at the insistence of his mother – came to the campus of Caribbean Training College (the immediate institutional forerunner to CUC) in the early 1950s from his native Grenada. He was an impressionable, eager, and intellectually curious sixteen-year-old. His studies on the campus prepared him for the gospel ministry in the first instance, and also laid a solid foundation for his illustrious career as a scholar, consultant, servant-leader and the many other interesting things he has done with his life.

Douglas graduated from CUC as part of the very impressive class of 1958 and entered a brief stint of pastoral ministry in Port of Spain, Trinidad. His ambitions quickly took him to AU where he completed a baccalaureate degree in theology. He soon returned to CUC in 1963 as a member of its teaching faculty. Later in that year, he married Yvonne Sebro, an alumna of CUC and the daughter of Pastor Frederick A. Sebro – one of the first male students at East Caribbean Training School (the earliest formation of USC). Yvonne has been his supporter and partner in ministry, parenthood and life for almost fifty-eight years – and yes, they had a CUC campus wedding.

In 1964, Walter Douglas was one of quite a few youthful members of CUC’s teaching faculty to leave for North America to further their studies. He returned to Andrews University and there, as an exceptional graduate student, he left such an impression that soon after he moved to Canada for further graduate study at McGill University, he was invited by then AU president, Dr. Richard Hammill, to join the teaching faculty at the seminary. Douglas negotiated a postponed acceptance in order to complete his studies at McGill. In 1972, he took up what by then was a three-year old invitation and joined the teaching faculty at the seminary. He specialized in church history and the history or religion. He later added the emerging field of multiculturalism and diversity studies to his academic and professional skillset and was the founder and first director of The Institute for Diversity and Multiculturalism at AU.

In the privileged position of professor at the seminary – the epicenter of Adventist thought, research, scholarship and pastoral training – Dr. Douglas immensely impacted the world church directly and through his former students. For seminarians, being taught by Dr. Douglas became a rite of passage. The full stretch of his influence there will only be known when the records of heaven are unsealed. As for the more measurable, his exceptional work as a teacher and scholar at AU, earned him the John Nevins Andrews Medallion in 1993 – the superlative award AU reserves for its best scholars.

The demands of academic and professional responsibilities did not ameliorate the burden of his call to pastoral ministry and the pulpit. He was one the founders of the All Nations Seventh-day Adventist Church in Berrien Springs, Michigan, USA and was its senior pastor from 1980 to 2004.  Even after his retirement from AU, Dr. Douglas continued active pastoral ministry in Florida.

Beyond the cloisters of the denominational work, Dr. Douglas’ expertise and body of work in the field of multiculturalism and diversity studies brought him many special assignments in various parts of the world. One of the most memorable of these assignments for him, was his call to participate in an interim transitional government in his birthplace Grenada, after the fall of the People’s Revolutionary Government and the US led military intervention there in 1983.

In a reflective conversation with Dr. Colwick Wilson, the current president of USC, Dr. Douglas expressed thanks to God for the privilege and opportunity of spending thirty-five years in service to Andrews University and the world. He considered it an opportunity to represent CUC/USC at that level and that it was an honour for him to do so.  He added that no man is an island and as such, his success is tied directly to the University of the Southern Caribbean. It was at CUC/USC that he experienced a call to ministry; it was there that he found Jesus; and it was there that he found his wife. Dr. Douglas even somehow managed to ‘grand-father’ the impact of CUC/USC into his explanation of the success of his three very accomplished adult children. He argues with a persuasive conviction that the blessings that he and his wife received from CUC/USC translated into opportunities for their children to be educated at some of the finest universities in North America and to experience outstanding successes in their own careers.  Their children are Vonda, a pathologist; Derek, an attorney, university administrator and former aide to former US President Barack Obama; and La Vonne, a clinical psychologist.

The president, administration, faculty, staff, student, alumni, family and friends of the University of the Southern Caribbean here record heartfelt congratulations to Dr. Walter B.T. Douglas on his most recent honour and the inspiration and pride it carries for the people of the Caribbean. 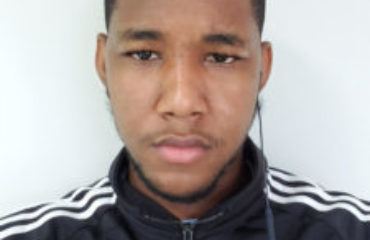 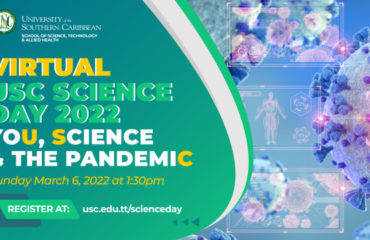 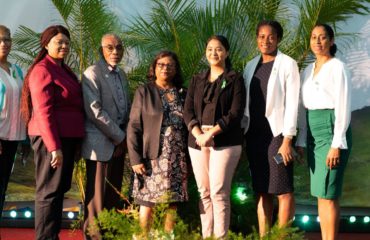