At around 8:00pm on Thursday 21st July 2022), the nominating committee at the Seventeenth Quinquennial Session of the Caribbean Union Conference, returned to the USC Auditorium with its first partial report of the session. A President of the CARU was nominated. It was the incumbent, Dr. Kern Tobias. The secretary of the nominating committee, Chaplain Rachel Sealy, under the watchful eyes of Inter-American Division President Dr. Elie Henry, read the recommendation of the committee for the approval of the plenary meeting of delegates. The recommendation was voted and Dr. Tobias and his wife Mrs. Linda Tobias were invited to the podium for presentation and acceptance.

In his brief and sober response, Dr. Tobias shared that he and his wife were both born in the little village of Mason Hall Tobago and were prepared for service by Christian education because their parents believed in it. He further shared that between his wife and himself, are eighty-eight years of denominational service in the teaching and pastoral ministries respectively. He said that his passion is to serve God and His people.

Counter-balancing his elation at the privilege of another opportunity to serve, Dr. Tobias candidly exposed his future plans for valediction by serving notice that if he is called upon to serve another term beyond this new quinquennium, his answer would be no, “I know when I should say goodbye” he said.

Hailing the workers of the CARU as “exceptional, talented, professional and proficient”, Dr. Tobias accepts this new call to lead the union with excitement. He promises to give his best, his all to the Master.

In a second partial report later in the evening, the nominating committee recommended incumbents Pastors Johnson Frederick and Bertie Henry to again serve in the positions of Executive Secretary and Treasurer of the CARU respectively. These recommendations were also voted by the plenary meeting of delegates.

You can follow the public activities of the Seventeenth Quinquennial Session of the Caribbean Union Conference on the CARU YouTube channel at: https://www.youtube.com/results?search_query=caribbean+union+conference+live+stream 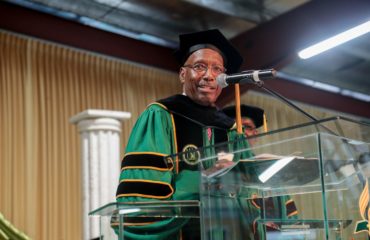 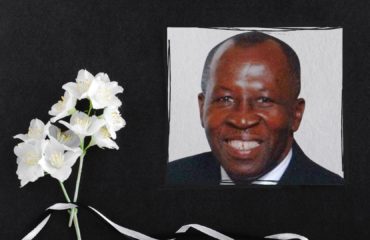