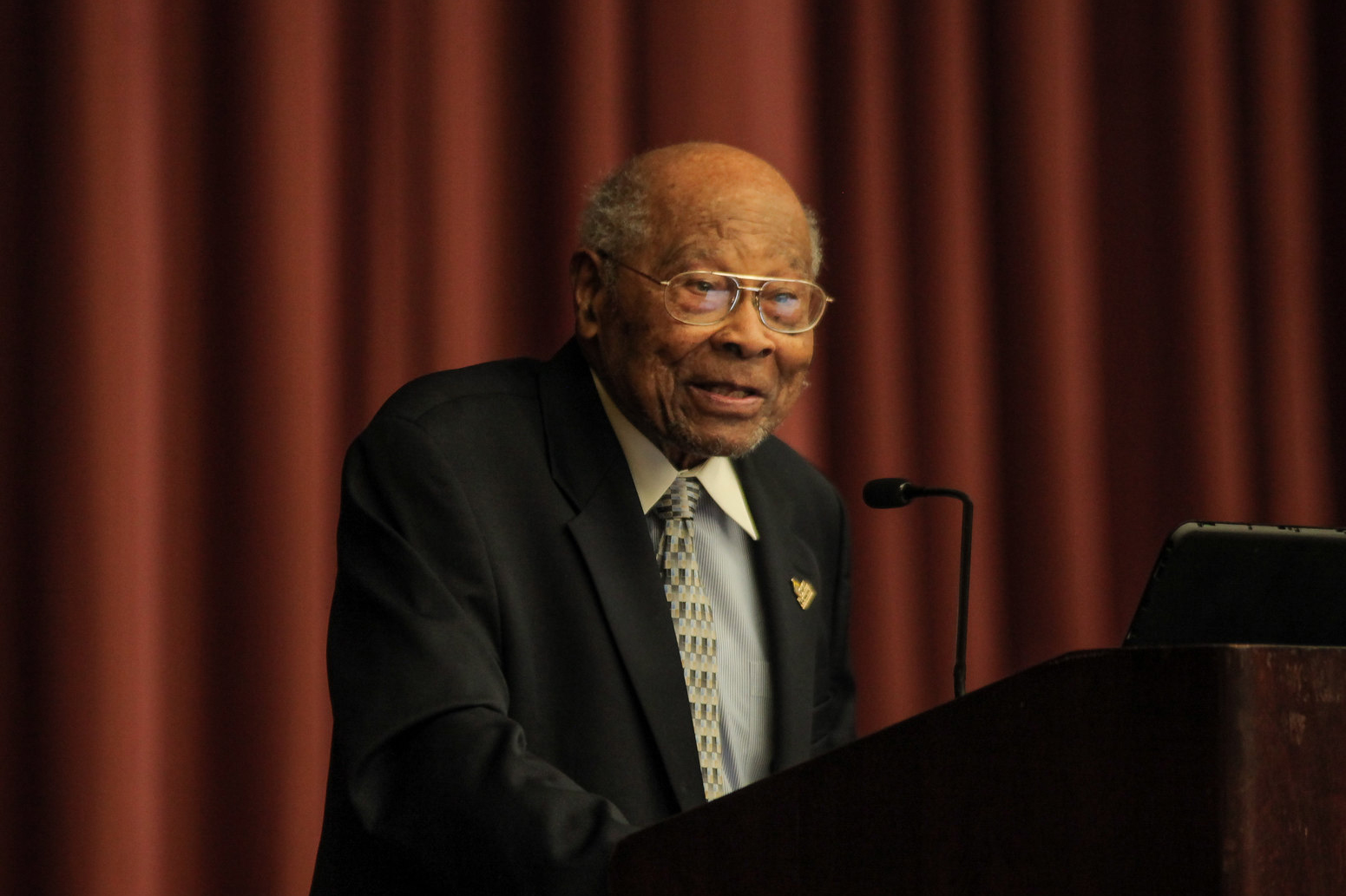 The president, administration, faculty and staff, students, alumni, family and friends of the University of the Southern Caribbean join in mourning the recent passing of an outstanding citizen and leader in our global university community. Having lived for an entire century and some extra days, the brilliant lifetime innings of Dr. George Carlington Simmons closed on December 30th 2021, in the presence of family.

George Carlington Simmons, affectionately called “Charlie” by some and “Fowler” by others, came to the crease in the Parish of St. Lucy on the British colony of Barbados on September 04, 1921. It is at St. Lucy he played his first watchful twenty. As his confidence grew, in 1941, he breached the boundary of life in St. Lucy and by 1945 he graduated from Caribbean Training College (now the University of the Southern Caribbean) in Maracas Valley, St. Joseph, Trinidad.  His ambitious stroke-play, took him over several other notable academic, professional and personal boundaries.

His busy scoreboard was kept active at Andrews University in Berrien Springs, Michigan, USA, where he added a Baccalaureate degree to his score in 1951. The boundaries of Northwestern University in Evanston, Illinois; St. Andrews University in Scotland, UK and the prestigious Harvard University in Cambridge, Massachusetts, USA were all conquered as this prodigious Barbadian added a Master of Arts degree (1953), a diploma in Education, (1960) and a Doctor of Philosophy degree (1963) respectively in his impressive run of form.

He was far from finished though. His education in the middle, prepared him for a celebrated career as an educator, classical scholar, bibliophile and philanthropist that extended beyond sixty years. In his rich professional life, he continued his assault on boundaries, taking the singles and twos also and drew-out a balanced wagon-wheel of accomplishments and service, in the Caribbean, North America and Europe. Dr. Simmons has lectured in Canada, Germany, Romania, and Britain. His scholarly articles and book reviews have appeared in several peer-review journals. Dr. Simmons co-authored with his wife the late Dr. Esther Simmons The Torch of Knowledge: A History of Bowie State University 1865 to 2005.

Dr. George Carlington Simmons has held academic professorships at the State University of New York (SUNY) Cortland and Brockport, and the University of Rochester. He retired from SUNY Brockport in 1985. In his retirement Dr. Simmons served for ten unbroken years (1990-2000) on the NY State Board of Professional Medical Conduct.

As a philantrophist, with a deep interest in community life and the plight of the urban poor, Dr. Simmons was attracted to the membership and work of several social and community organizations including Community Chest, Genesee Valley Group Health Association, Blue Cross and Blue Shield, YMCA, Gannett Foundation, the Bicentennial Committee of Rochester and Monroe County, and the Courtland Rotary Club. He also served as chairman of the National Council of Urban League Presidents, and as board president of the Urban League of Rochester, the Urban-Suburban Inter-District Transfer Program, and the Baden Street Settlement House. In recognition of more than 35 years of service as board member, on July 28, 1998, the Baden Street Settlement House named its new counseling and support center in his honour.

As an alumnus of USC, Dr. Simmons exhibited fidelity to a fault. In 1985, in response to the urgent need for a specialized reference library at the University of the Southern Caribbean, he established the George Carlington Simmons Collection. From a modest beginning, he grew the collection to approximately eight thousand volumes, on subjects of wide human interest including but not limited to Philosophy, Greek Literature, Psychology, Theology and Biblical Studies, Geography and Cartography, Music and Fine Arts, English Literature, History and Culture. The collection also includes a wide range of dictionaries and rare books including the 1600-year-old Codex Sinaiticus.

As a compatible companion to the collection, Dr. Simmons established and funded the George Carlington Simmons Collection Annual Lecture Series in 2004. Over the years, this series has featured talks from distinguished scholars and thought-leaders of international renown. The series has also attracted as patrons, Caribbean heads of state, prime ministers and senior members of the diplomatic corps. It quickly earned its place as a marquee event on the annual USC calendar.

Apart from donating the collection and organizing and funding the distinguished lecture series, Dr. Simmons’ affection for USC has made him a generous supporter of innumerable other university projects. His means, ideas, good name and influence were freely and passionately given to the steadfast pursuit of a more perfect USC.

In his well-constructed innings, Dr. Simmons also demonstrated the ability to play the role of a supportive partner on the non-striker’s end. USC benefitted greatly from this abetting aptitude when in October of 2003, Caribbean Union College, as USC was then known, suddenly required leadership. He teamed up with his wife the late Dr. Esther Simmons to give their beloved alma mater stabilizing leadership. In this partnership, he assumed the supportive role of interim Assistant to the President with the late Dr. Esther Simmons taking the strike as interim President.

On December 30, 2021, he was called from the crease by a declaration from the Divine Skipper.  We will miss the sight and sound of his elegant stroke-play and we will sorrow, but not as those who have no hope. We believe that “the Lord himself shall descend from heaven with a shout, with the voice of the archangel, and with the trump of God and the dead in Christ shall rise first. Then we which are alive and remain shall be caught up together with them in the clouds, to meet the Lord in the air: and so shall we ever be with the Lord.” Let us “comfort one another with these words.” (1 Thessalonians 4: 16-18). 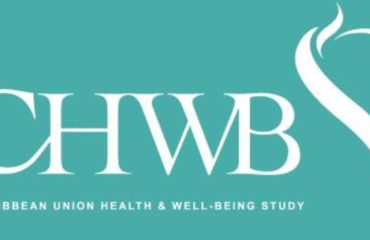 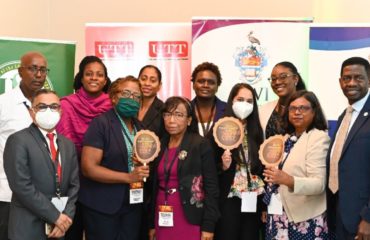