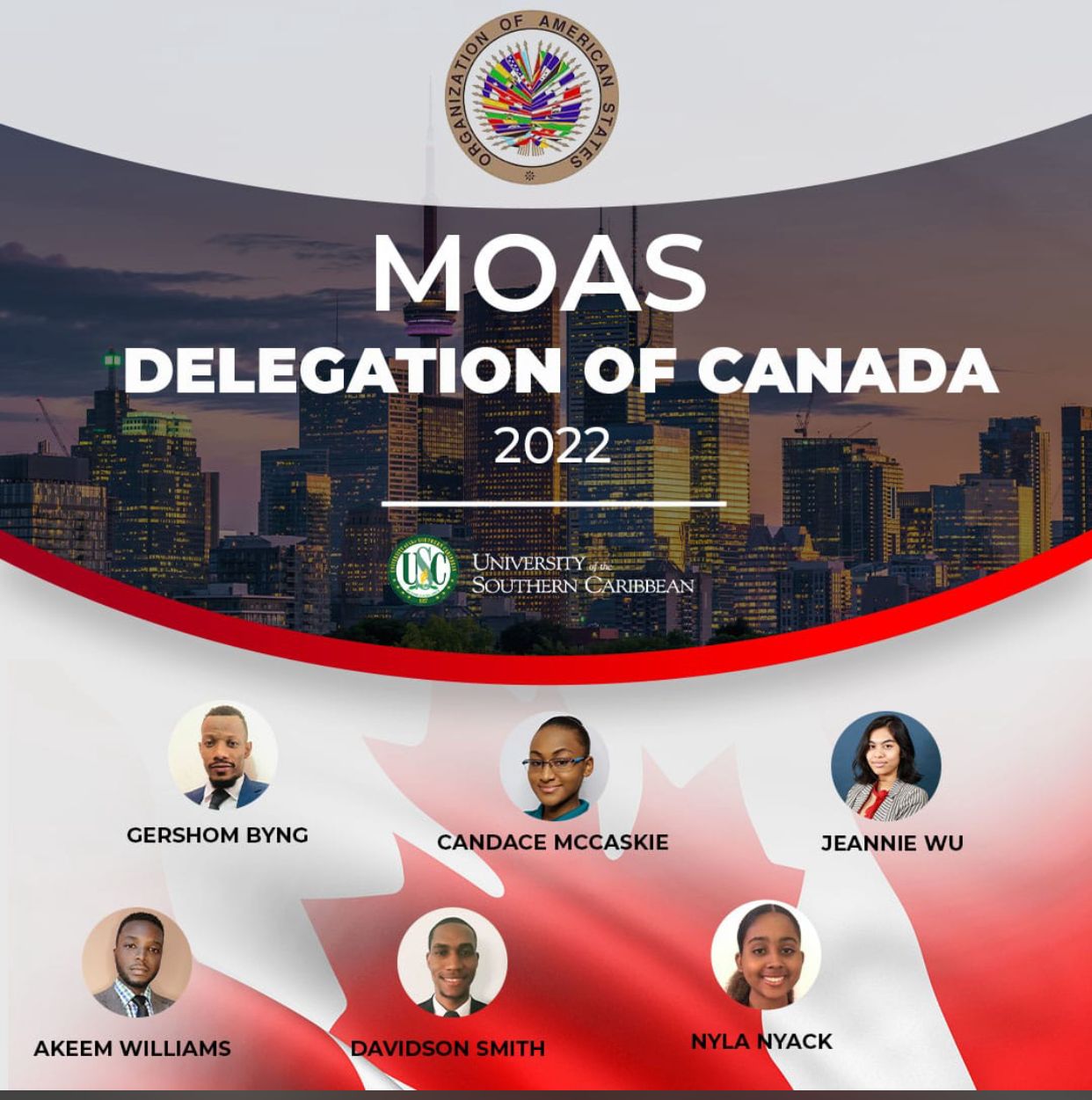 From April 4-6, 2022, six students represented the University of the Southern Caribbean at the 40th Model OAS for the English-Speaking Caribbean and Historically Black Universities (CMOAS). This year’s CMOAS hosted virtually, and was co-sponsored by Howard University Graduate School.

The USC delegation presented on the following topics:

Our students were coached by Dr. Raghunath Mahabir and Mr. Roland Sealy, and were also assisted by a team of other personnel including Mrs. Narsha James-Modeste, Ms. Shelly Lyons, and Mr. Hayden McKenna. The delegation was trained on how to prepare their Position Papers, and how to draft a resolution.

Prior to the event, our students met with other delegates from their working group to draft a resolution. The training committee and delegation also met several times during the months of February and March to discuss the Rules of Procedure and the Modus operandi of the meeting. With the assistance of the Ministry of Foreign and CARICOM Affairs, our delegation had the privilege of holding a webinar with Trinidad & Tobago’s diplomatic mission to Washington and the OAS, including Ambassador H.E.Brigadier General (Ret’d) Anthony W. J.Phillips-Spencer who facilitated a question and answer session.

After the debates by the various committees, nominations were made for persons to serve on next year’s Assembly. In a stunning display of excellence at USC’s inaugural participation, the following students were elected to serve in the MOAS 2023: