Thursday, 18 February 2021 / Published in Office of the President

The board of trustees, administration, faculty, staff, students and community of the University of the Southern Caribbean deeply mourn the recent passing of the late Dr. Esther Simmons. We express our heartfelt condolences to her husband, Dr. George Carlington ‘Charlie’ Simmons and to her living step-children of two marriages, Roselyn, Cynthia, Angela, George and Cheryl.

Our collective mourning is conjugated to this occasion to celebrate the life, work and legacy of this justly virtuous woman. Born into unpretentious circumstances in the British colony of Barbados on October 20, 1924, Dr. Esther Simmons nee Osbourne began her higher education journey at Caribbean Training College (now called the University of the Southern Caribbean). She was a proud member of the class of 1947, which marked the twentieth anniversary of this now ninety-three-year-old institution.

From this sure foundation, Esther Simmons through faith and perseverance, proceeded to go beyond excellence, to live a full life as an extraordinary servant of God to humanity. Her academic adventures led her to Oakwood College (now Oakwood University) in Huntsville, Alabama where she earned a BA in English with a minor in History. She then went on to Andrews University in Berrien Springs, Michigan where she successfully pursued an MA in English. Howard University in Washington, D.C. next beckoned and she responded, carrying with her the cultivated habit to succeed and taking away from Howard University, a Doctor of Philosophy in English. She was not finished. She would also pursue post-doctoral studies at colleges of the prestigious Cambridge and Oxford Universities in the United Kingdom.

As an academic, educator and higher education administrator, she devoted the greater share of her career to Bowie State University, the oldest HBCU in the State of Maryland in the United States of America. There she served with distinction, earning her an enviable flight of appointments and promotions including, Professor of English, Chair of the English Department, Head of the Division of the Humanities, Vice President for Academic Administration, Provost and Assistant to the President. Her distinguished service also attracted citations and awards. Dr. Simmons was also actively involved in professional, civic and community organizations and with their work. At the time of her passing, she held the title Professor Emerita and Provost Emerita of Bowie State University.

Dr. Esther Simmons, was ceaseless in her fidelity, devotion, and generosity to what was most probably her favourite alma mater, the University of the Southern Caribbean. This affection for USC was something she and her husband ‘Charlie’ deeply shared. So deep it ran, that when in October of 2003, Caribbean Union College, as it was then known, suddenly required leadership, she and her husband furloughed the pleasures of contented retirement to assume the demanding roles of interim President and Assistant to the interim President respectively. The chronicles of the History of USC therefore records the very experienced Dr. Esther Simmons as the twenty-fourth President of our noble institution.

A decorated soldier of the cross has been called home to rest after serving distinguished tours of duty. Psalm 116:15 informs us that “Precious in the sight of the Lord is the death of His saints. The Lord counts it as “precious” that Dr. Esther Simmons is done with the troubles of this world.

May we allow this exemplary and virtuous life to inspire us. 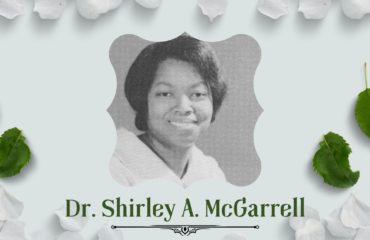 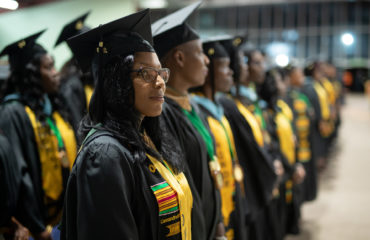 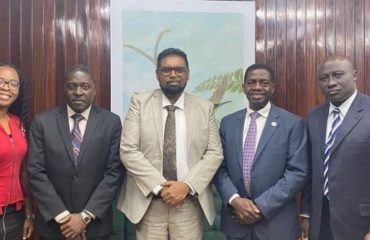