The University community was plunged into sadness as Mr Josephus Gilbert, a longstanding CUC/USC employee passed away on March 9th, 2019. Mr Gilbert time of service at the institution spanned over thirty years, beginning as an employee of Caribbean Union College (CUC) now the University of the Southern Caribbean (USC) from November 26, 1973, to May 31, 2007.

An alumna of the Caribbean Union College Secondary School and the New York City Community College, he was also a family man. He was the husband of Marie-Georges Gilbert and father of four daughters and one son. He was a mentor to many students, faculty and staff and was described as a humble man yet profound man.

Mr Gilbert served as the Manager of the Maintenance Department at CUC/USC from 1973 to 2007 and was instrumental in the construction of many buildings on the campus such as the Science Complex. The ambience of the campus grounds was well-kept during his tenure at CUC/USC.

As news of his passing was shared many expressed their appreciation for the time they were associated with him either as a student worker, colleague, friend or otherwise.

Some sentiments shared are as follows:

During his tenure, he made significant contributions to the campus’ infrastructural development. However, his mark was truly left in the foundations of discipline and work ethics that he built and instilled in the student workers that assisted him. His best tools on any job were his exemplary dedication, work ethics and commitment to hard work and fairness. (Gilbert Jn Francois)

The end of an era. Mr Gilbert showed us that there is dignity in labour. (Elsa J. E. Cupid)

Thanks for the opportunities you provided for us to learn both work discipline and school fees! (Eon George)

This gentleman was responsible for the best maintenance that campus had for years. A great man in a great many ways, his mark is still evident in the way the groundsmen do their tasks. This is a deep loss, not just to the university campus and Gilbert family but to the Maracas Community and Society at large. You will be sorely missed, Sir. (Joel LeGendre)

You will be missed. To me, one of the great stalwarts of CUC/USC. (Rowena Moore-Mc Nichol)

I heard about Mr Gilbert as being a hard taskmaster even before I met him. My experience with him didn’t confirm the rumours. In fact, I found him to be wise and committed to his job, and to the institution, he worked for. His attitude toward the school was as if it was his own and had a vested interest. Moreover, Mr Gilbert didn’t limit education to the classroom. As long as you choose the work with him he will teach you a thing or two. I always remember what he told me once, he said work is work just as long as you are working for an honest day’s pay. These words made me adjust my attitude toward whatever I did from then on. For that, I say thank you, Mr Gilbert. (Latham Calbert)

As a fitting tribute to his time at the USC the celebration of life for Mr Josephus Gilbert was held in the New Auditorium, the most recently built facility on the University compound on Wednesday, March 20, 2019.

Our condolences to Mrs Gilbert and family from the University of the Southern Caribbean. May Comfort, Hope and Peace be yours from these promises from the Word of God. 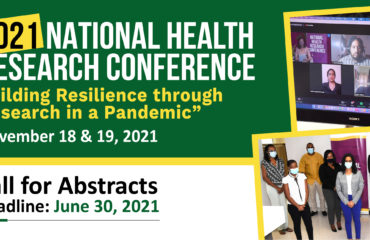 A weekend of musical excellence and achievements at USC