The University of the Southern Caribbean has appointed alumnus, Dr. Leon Wilson to the position of provost. In this capacity, Wilson will be responsible for the academic affairs of the University in addition to its day-to-day running.

The Guyanese-born educator and ground-breaking researcher brings with him a wealth of knowledge and experience, having last served as the provost of the Alabama State University, USA, from 2013, and as interim-president of the same university in 2016/2017 until his resignation in 2018.

Dr. Leon C. Wilson received his M.A. (1986) and PhD. (1989) in sociology from the University of Michigan, Ann Arbor, majoring in social psychology, with a minor in social organization and significant advanced training in statistics. He also holds an M.A. in religion and counseling from Andrews University, Berrien Springs, Mich., and a Bachelor of Theology from Caribbean Union College (now University of the Southern Caribbean), Trinidad.

Before moving to East Carolina University as professor and chair of the Department of Sociology, Wilson spent almost twenty years at Wayne State University in the ranks of assistant professor to professor, and as Department Chair for seven years.

Wilson has taught courses in advanced statistical application, social psychology, family and applied sociology. He has either chaired or participated in more than 70 Ph.D. dissertations and master’s thesis projects, and says he is very proud of his mentoring history. His research applies statistical models to understand the relationship of structural, interactional and socioeconomic factors to social psychological, health and mental health outcomes in families, especially adolescents. His publications, which reflect these interests, appear in national and international journals.

Wilson has conducted some of the largest survey research projects on families and adolescents in Guyana and Trinidad and Tobago. The most recent are Adolescent Health and Protective Factors in Guyana (2012), Media Habits in Guyana (2007-08) and Youth Trends in Trinidad and Tobago (2009). Wilson regularly contributes to and presents at national and international conferences and is the recipient of several research, teaching, mentoring and civic awards. 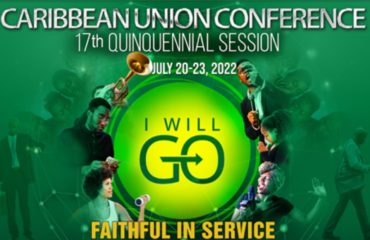