University of the Southern Caribbean (USC) alumni observed their alma mater’s 90th Anniversary during a week-long celebratory period which took from July 14 – 23, 2017 at the University’s Maracas Valley Campus, Trinidad.

Alumni, along with friends, supporters, well-wishers and the University community gathered to participate in a series of activities aimed at forming bonds, rekindling friendships and mapping a way forward as the University moves beyond 90. University President, Dr Hilary Bowman described the event as a “gathering of some of the best minds.”

Members of Faculty at the Appreciation Dinner hosted by the USC North American Alumni Association as part of the 90th-anniversary alumni celebrations.

Among the activities hosted during the week of celebration were: a Grand Birthday Party, a Thanksgiving service a Faculty Appreciation Dinner and social activities which included a trip down the islands, and visits several attractions in Trinidad.

President of the North American Alumni Association, Dr Slimen Saliba pointed out alumni’s continued commitment to supporting the growth and development of the 90-year-old institution.

A notable highlight of the week’s activities was the Sabbath Services where Dr George W. Brown, former President of USC and Dr David Williams, Current Harvard University professor and USC alumni delivered the feature addresses. The dynamism from two very different USC alums provided attendees with a glimpse of the quality of the USC product.

A cheque of US $100,000 presented to the University President Dr Hilary Bowman by Dr Slimen Saliba, President of the North American Alumni Association.

The week-long celebratory activities can to a large extent be credited to the efforts and hard work of Claire Hosten, who has been hailed as the “Spirit of the North America Alumni Association.” She emphasized the importance of events such as these and the benefit they provide to the University when she gave her thanks at the final gala event on held on July 23 at the Trinidad Hilton. 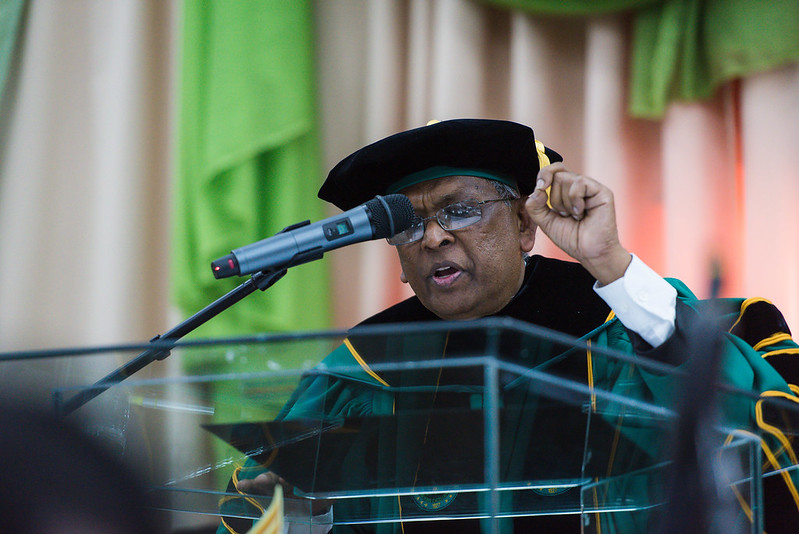 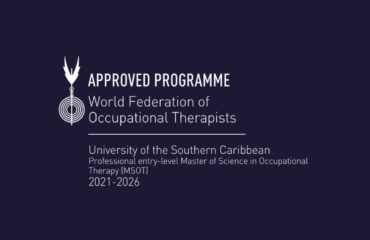