On Monday 11th November, 2019 the 17th National Youth Parliament of the Republic of Trinidad and Tobago was held at Tower D, Waterfront Complex. It began at 10:00am. This event gave young people from across the country the opportunity to explore an important issue affecting the nation, and serve, for a day, as members of the House of Representatives in various capacities.

The USC representative for the debate was David Gomez, a second-year Social Studies major. David attended weeks of training in oratory and debating skills, dress and etiquette, and the use of parliamentary Standing Orders.

His portfolio for debate day was on the government bench as Minister of Finance and Member for Diego Martin North East. This year’s motion was the compelling debate “Should parents be held accountable for their children’s social media activities?” This government motion, presented by the Minister of Public Administration, sought to bring legislation to ensure parents’ liability for their children’s inappropriate use of social media platforms.

David, in his contribution to the debate, gave his own experience of being cyberbullied. He also encouraged the opposition bench to take note of the monies being budgeted in the 2019/2020 fiscal year for training in ICT for all citizens, thus ensuring that parents can become knowledgeable and better monitor their children’s’ social media activities and behaviour.

After the debate, a cocktail was held where the youth debaters were able to meet with the President and Vice-President of the Senate, the Honourable Christine Kangaloo and the Honourable Nigel De Freitas, as well as the Speaker of the House of Representatives, the Honourable Brigid Annisette-George.

USC thanks the Parliament of the Republic of Trinidad and Tobago for organizing this event, as well as David Gomez for serving as USC’s representative. 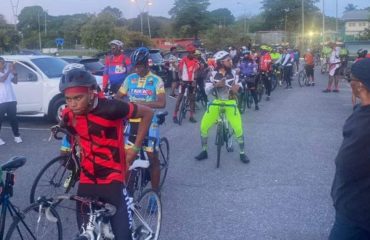