On the final day of the 2018 Graduation exercises, five hundred and eighty-two students from the University’s five schools and across its various campuses received their USC degrees.

The academic processions which took place in the newly constructed University auditorium brought scores of parents, supporters and well-wishers to the University’s Maracas Valley campus to witness the momentous occasion on July 1, 2018.

Graduands from the USC School of Business and the School of Science, Technology and Allied Health walked the stage during the morning Commencement Ceremony which began at 9:00 am. The keynote address for this ceremony was delivered by Dr Richard Hart, President of Loma Linda University. Dr Hart’s message sought to inspire graduands to live out their best lives and pursue a passion.

Among the many admonitions given to the Class of 2018 by Dr Hart was the importance of being a great leader, dealing with failure and gaining wisdom.

Graduands from the School of Education and Humanities, the School of Social Sciences and the School of Theology and Religion walked the stage during the evening’s Commencement ceremony which took place at 2:30 pm. The keynote address was delivered by Dr Walter B.T. Douglas, retired founder and director for the Center of Diversity at Andrews University. In his address, Dr Douglas honoured his sister for her selfless decision to drop out of College in order for him to continue his education at the Caribbean Union College now USC. He boasted that his foundation was framed at this campus.

Using the class motto and aim, Dr Douglas brought graduands into a deeper thinking about the role that they are now tasked with as they represent their aim and motto in the world: “Advancing Ever, Impacting Always” and “Created to Conquer, Molded to Endure.”

“Are you prepared to pay the cost of your discipleship? How do you plan to live out the content of your aim and motto?” he asked.

This year, Dr Douglas was the honorary degree recipient during the morning’s graduation ceremony. This accolade was bestowed on him for his continued dedication to Christian education, the University of the Southern Caribbean and the world at large. He was awarded Doctor of Humane Letters, honoris causa. At the evening Commencement ceremony, Dr. Gordon O. Martinborough was the recipient of an honorary degree, Doctor of Divinity, bestowed on him for his dedication to the church and to Christian education.

Present at the event was the Honorable Michael S. Brown, Minister of Education of the Government of Antigua and Barbuda. Minister Brown attended the Commencement exercises in support of the first cohort of graduates from Antigua who successfully completed a Bachelors in Special Education through an MOU signed with USC and the Antiguan Government under the previous administration. He spoke to the audience expressing his delight for the group of 12 graduands.

Also, among the graduands was a family of four, a father, mother and their two sons who all graduated with honours from USC. This significant accomplishment was highlighted by Dr Hilary Bowman, University President, during his promulgation address. “I believe that USC is the only Caribbean university where a family of five could attend without the necessary funds and graduate as a family of four with one still a student at the university…he said”

In his address, Dr Bowman also pointed out several new developments toward which the University is working, among them, discussions with the renowned Johns Hopkins University, USA, to form an academic alliance to offer the Nurse Practitioner’s Program which would lead to the DNP (Doctor in Nurse Practice) and allow Caribbean Nurses to Practice Nursing beyond the level of a registered nurse.

The graduation exercises were held on campus for the first time in six years since a fire in 2012 ravished the University’s then auditorium. This was made possible due to a monumental drive spearheaded by the University’s administration and stakeholders. The University offers over 45 undergraduate and graduate degree programmes across several disciplines and boasts of a diverse student, faculty and staff body.

Highlights of the 2018 Graduation Exercises 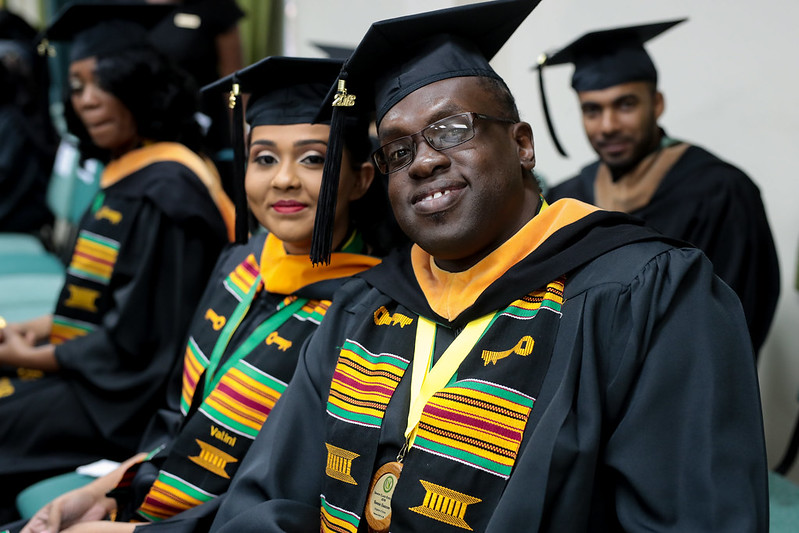 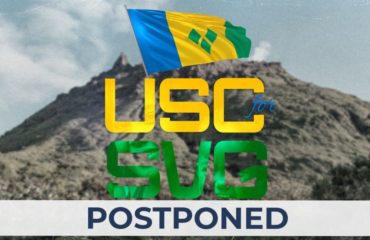 USC in talks with Ministry of Trade and Industry